How To Monitor CPU And GPU Temperature: Keep Cool

What Is CPU And GPU Temperature?

To check your CPU temperature, there are a few different ways. The most common method is to download a program like Core Temp or HW Monitor. These programs will show you the temperature of each individual core on your CPU. You can also check the BIOS of your motherboard if it has a sensor for the CPU temperature.

GPU temperature is a little bit different than CPU temp because there’s no standard way to measure it. Each graphics card manufacturer has their own software that they include with their cards that will show you the GPU temp. For example, AMD includes the Radeon Settings software with their cards while Nvidia includes GeForce Experience. If you don’t have the software that came with your card, you can usually download it from the manufacturer’s website.

Once you have a program that displays your GPU temperature, you’ll want to keep an eye on it while gaming or using other demanding applications. The general rule of thumb is to keep your GPU temp below 80C .If the temperature gets any higher, you may have to take steps to reduce it such as increasing airflow in your PC, using a different graphics card cooler, or even manually underclocking the GPU.

Why Monitor CPU and GPU Temperature?

Your computer’s CPU and GPU are designed to operate at a certain temperature. If they get too hot, it might be off. This is why it’s important to monitor your CPU and GPU temperature, so you can avoid any potential issues.

There are a few different ways to monitor your CPU and GPU temperature. One way is to use a monitoring program that will display the temperatures in real-time. This can be helpful if you want to keep an eye on things while you’re gaming or using other demanding applications.

Another way to monitor your CPU and GPU temperature is to check the BIOS settings. Many modern BIOSes have the option to display the temperatures in the POST screen, so you can see them before Windows even loads.

In general, it’s a good idea to keep an eye on your CPU and GPU temperature, especially if you’re using demanding applications or if you live in a warm climate. By doing so, you can avoid any potential problems down the line.

How To Monitor CPU And GPU Temperature?

There are a few things you can do to monitor your CPU and GPU temperature. You can use a program like CoreTemp or SpeedFan to check the temperature of your CPU. For your GPU, you can use something like GPU-Z or Afterburner.

Monitoring your CPU and GPU temperature is important for a couple of reasons. First, it can help you avoid thermal throttling. Thermal throttling is when your CPU or GPU slows down because it’s getting too hot.
Second, monitoring your temperature can help you identify potential cooling issues. If you notice that your temperatures are consistently high, even when idle, it could be an indication that your cooling system is not working as well as it should be.

Here Are A Few Tips For Monitoring Your CPU And GPU Temperature:

Check the temperatures at both idle and under load. This will give you a good idea of how well your cooling system is working.

Keep an eye on the temperatures of both your CPU and GPU over time. If you notice a sudden spike in temperature, it could be an indication of a problem.

If possible, try to track the ambient temperature of the room as well. This can give you an idea of whether or not the environment is contributing to higher temperatures.

As a PC gamer, one of the most important things you can do to ensure optimal gaming performance is to keep an eye on your system’s temperature. Overheating can lead to all sorts of problems, including crashes, stuttering, and even permanent hardware damage. Fortunately, there are a number of tools available that make it easy to monitor your CPU and GPU temperatures.

One of the most popular tools for monitoring CPU temperature is Core Temp. This program is lightweight and easy to use, and it provides invaluable information such as real-time temperature readings, per-core temperature readings, and more. Core Temp is also compatible with a wide range of motherboards and CPUs, so you’re likely to find support for your specific setup.

Finally, SpeedFan is a handy tool that can be used to monitor both CPU and GPU temperatures. In addition to displaying real-time temperatures for each component, SpeedFan can also be used to control fan speeds manually or automatically based on temperature thresholds that you set. This is particularly useful if you have issues with your system overheating under heavy load.

Assuming you have a desktop computer, there are a couple of different ways to check your system temperatures. The most common way is to download CPUID’s HWMonitor. This software will tell you your CPU temperature, as well as other important information like your fan speeds and voltages.

If you have an NVIDIA graphics card, you can also use their NVIDIA System Tools to check the temperature of your GPU. Both of these pieces of software are free and easy to use.

It’s important to keep an eye on your system temperatures, especially if you’re doing any sort of overclocking. If things start to get too hot, you could damage your components.
Troubleshooting Tips for High Temperatures

If your computer is running too hot, there are a few things you can do to try and fix the problem. First, check to see if any of the vents or fans are blocked. If they are, clear them and see if that helps. You can do this by opening up the case and using a can of compressed air to blow the dust-out.

If your computer is still running hot after doing these things, you may need to have it serviced. It’s possible that there is a problem with one of the components inside that is causing it to overheat.

Temperature is an important factor when gaming or performing heavy tasks with your CPU and GPU. If these components get too hot, it could cause significant damage to the system as a whole, and may even lead to more serious issues. Fortunately, there are plenty of tools available that allow you to monitor the temperature of both your CPU and GPU so that you can ensure they stay within their safely operating limits, helping increase the lifespan of your computer.

Why My 144Hz Monitor Is Only Showing 60Hz?
What Do You Think Is The Most Efficient Monitor Used In Our Computers Nowadays?
What FPS Can The Human Eye 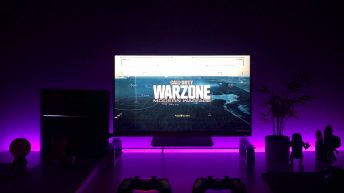 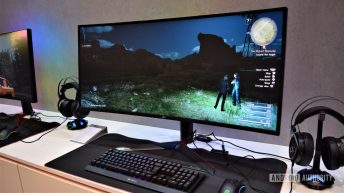 What Is A Good Pixel Density For Gaming Monitors? 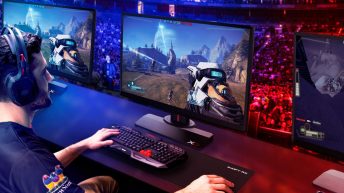