How To Connect A 4K Screen To A PC?

Do you understand how to connect a 4K screen to a pc? There is therefore no need to worry because you will learn from this post. As you know, 4K monitors initially became easily accessible in 2012, but they were incredibly pricey and required multiple thousands of pounds from early adopters to stay competitive.

Although prices have decreased too far to more acceptable levels over the years, the majority of gamers still don’t utilize it. In the most recent Steam Hardware Survey, slightly over 2% of players reported having a 4K monitor. Gamers and anyone else looking to update their PC or laptop’s screen may find 4K monitors to be an attractive upgrade as their cost continues to fall.

Here are the hardware requirements and outputs you need to be aware of when buying a 4K monitor. Since a 4K or UHD screen has a resolution four times higher than a conventional 1920 x 1080 monitor, it is significantly better for viewing and editing video, viewing and editing photos, and playing games.

Now the question is, Can I use a 4K TV as a computer monitor? Or For your gaming PC, should you purchase a 4K monitor? It’s difficult to give a simple response to those queries because it is dependent on the games you play, your spending limit, your preferences, and whether or not you will also be working on the system. Furthermore, since 4K is still demanding today, it depends on how powerful your PC is.

How To Connect A 4K Screen To A PC?

The majority of PCs today are capable of driving a 4K monitor without any problems. Even integrated graphics chips should be able to manage the additional pixels if you’re editing images, browsing the web, or simply utilizing the extra space to have numerous windows open at once. Gaming is an exception to the rule.

You’ll need a strong graphics card to handle driving four times as many pixels in games, especially if you want the highest quality at the same time. If all you’re doing is viewing movies and browsing the web in 4K, a PC won’t be overly taxed, but if you want to game in 4K, that’s a very different matter.

You should consider cards like the Nvidia RTX 2070 Super and upwards for full 4K power; this includes the original 2080, the 2080 Super, the 2080 Ti, and the most recent line-up of 30 series graphics cards. Here is some hardware which is used to connect 4K TV to the computer.

Your PC or laptop must have an appropriate output that can support a 4K screen to meet the primary hardware requirement. The Mini Display Port and Display Port connectors each have 20 pins and are available in both sizes. Version 1.3 supports all popular 3D video codecs and has enough capacity to transmit video with resolutions up to 3840 x 2160 pixels at 60 hertz.

The version shouldn’t be a major concern because Display Port was created with high resolution in mind from the beginning. Focus mostly on the cable you utilize. To ensure that there won’t be any issues, it is ideal to purchase a certified Display Port cable. You can take the chance and use a cheap, uncertified cable, but if you do get odd problems like the display being out of sync with the graphics card or even your PC crashing, you should first replace it with a certified DP cable.

Although many HDMI outputs are only version 1.4, HDMI can be utilized to drive a 4K display (or earlier). This only supports 4K at 30Hz, which will produce an unsatisfactory, choppy experience. We’ve encountered fuzzy text, which is more common with analog connections, and additional problems can result from it.

Nvidia’s 900-series graphics cards offer HDMI 2.0, but for the majority of users, using your graphics card’s Display Port output will be easier, even if it requires investing in a connection. You don’t need an expensive HDMI 2.0 cable if your device does offer an HDMI 2.0 output; any HDMI cable should work in that case.

Most connections and applications can be used with the Common HDMI cable.

The Small is compatible with smaller ports on DSLR cameras, HD camcorders, and regular-sized tablets because it has a smaller connector. Video and audio are combined with the use of micro HDMI connections.

This connection, which combines audio and video, is compact enough to be used with tablets, smartphones, and other portable electronics. Comparing them to the typical HDMI cables, they are half as small.

Like HDMI, DVI may be somewhat confusing. As opposed to a single-link, a dual-link DVI connection can provide 25601440 at 60Hz, but not 38402160. (which is the typical; 4K resolution). VGA adapters are older, whereas DVI adapters and connectors offer a sharper, better display. They can carry analog and digital signals.

As opposed to VGA connectors, which are blue, they are white, making it simple to tell them apart from one another.
Therefore, unless your monitor can support two inputs and you have two dual-link DVI outputs, you cannot use DVI to operate a 4K screen at 60Hz (few can). If you’re interested, 38402400 can be run via DVI at a refresh rate of 17Hz or 33Hz if you’re using two cables.

One of the earliest connectors is this one. The connection between a computer or laptop and a display is made via an HD15 connector. They send an analog signal even if they are capable of a few high frame rates and resolutions.

A hardware interface standard created by Intel and Apple is known by the brand name Thunderbolt. Mini DisplayPort is the connector used by Thunderbolt 1 and 2, while Thunderbolt 3 utilizes USB-C. Thunderbolt 3 is an overkill solution with 10Gbps in addition to Display port 1.2 and a 40Gbps thunderbolt from a single USB-C connector. The display is really clear.

It also matters what version of Windows is installed on your PC. Although it does support 4K displays, Windows 7 does not scale as well as Windows 8.1 and Windows 10, especially if you have several monitors. However, you will have issues if various apps you use don’t want to use the scaling setting you select for Windows itself.

You will probably want to utilize higher scaling the smaller your 4K screen is. Windows is now really adept at enlarging fonts and visuals so they don’t look too small, and you can easily alter the scaling value to achieve the size that feels comfortable for you to use.

There will unavoidably be certain programs that look too small because, regrettably, there are still those that are not 4K-aware. To make your screens useable, you might need to temporarily reduce their resolution using Windows.

How to connect a PC to a TV? Therefore, never give up on using multiple displays if you have a combination of ports for the cables indicated, such as HDMI and DVI or VGA and DVI. Nevertheless, you can use a converter or a dual personality cable, like DVI to HDMI, to connect.

The majority of modern laptops have USB Type-C ports that may be used for charging, data transfer, and video playback. One example would be the older Apple TV models, which have a single USB Type-C port that is used for all purposes. This USB Type-C cable is used to connect a PC to Apple TV. In this case, you’ll need to add an adapter to connect to a different display.

This is a great time to get a 4K monitor because the first generation is no longer available. Prices are currently lower, and most people support at least 60Hz. The best advice we can give is to avoid old monitors that can only run at 30Hz and to make sure it’s not a 4K screen that combines two genuine 1080p panels into a single display to attain its high resolution.

These screens had a multitude of drawbacks and annoyances because they were the first UHD screens for PCs. However, you should always check that the screen you choose has a DisplayPort or HDMI 2.0 interface and a minimum refresh rate of 60Hz. Instead of attempting to infer it from the specifications, read reviews to learn more about the image quality.

If you intend to use the screen for gaming, check evaluations for input lag as well as refresh rate and response time. Additionally, make sure your graphics card can handle the work.

How To Connect A Pc To A Laptop Screen?

The vast majority of modern laptops have an HDMI port, allowing users to connect them to a computer monitor. Get an HDMI cable, and then connect the display’s other end to the one you plugged into your laptop. But make sure to check the display inputs on your monitor first before you buy an HDMI cable.

Can I Connect A 4K Monitor To My Laptop?

You can use your laptop with a 4K monitor in most situations. You will be able to make an image with a 4K superb resolution on that display as well.

Can You Use A 4K As A Computer Monitor?

Since HDMI and Display Port are supported by all 4K TVs, you may connect your TV to your computer as long as it has a compatible connector. Your laptop won’t show in Ultra HD even if you’ve got a 4K TV and a machine that still doesn’t handle 4K definition (3,840×2,160 pixels).

The simplest way to play PC games on a 4K TV is to connect the PC directly to the TV. The integrated graphics on your motherboard won’t be able to enable 4K gaming if your PC’s graphics card isn’t connected to it through an HDMI cable. The other HDMI cable needs to be connected to your TV’s HDMI port.

How To Connect A Desktop Screen To A Laptop?

What Is Dolby Vision?
What FPS Can The Human Eye
Can I Plug Webcam Into Monitor?
How Do I Get A 165Hz Monitor?
Can A Portable Monitor Be Used As A Primary Monitor?
Is 60Hz Enough For PS5?
3 Monitor Setup 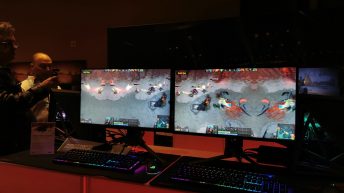 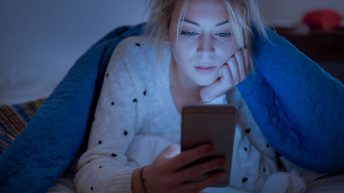 Does Looking At A Computer Damage Your Eyes? 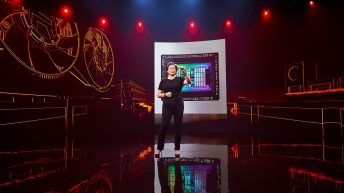