The idea that esports is only about video games is one of the most common misconceptions about them. Even though League of Legends, CS: GO, and Dota 2 are among the games that are played professionally, the esports industry is much bigger than this.

Players from all over the world are honing their skills in the top games in an effort to excel and claim the coveted title of champion. The demand for a monitor with the best specifications has increased along with the rapid growth of esports in recent years.

The BenQ Zowie G-Series Monitors Change the Game for Esports was created to answer this need. The best tools and equipment on the market can be a crucial component of success for those who aim to excel in their field. This is especially true for esports players, who look for monitors that give top-tier gamers a competitive edge.

While allowing for hours of intense, hyperfocused concentration, the right monitor also benefits from ergonomic design principles that allow players to react to all the fast-paced action.

According to Newzoo, competitive gaming has quickly developed from a private pastime to a significant global industry valued at $148 billion in 2019. More than 2.5 billion people play video games worldwide, and while many are just casual players, the industry is a lucrative one.

To capitalize on this trend, investors are constructing screen-filled esports arenas. Michael Fay, the program director and head coach of the University of Akron’s esports teams, states that “our athletes expect the highest quality components and equipment when it comes to everything they are doing and performing on.”

They want to use the quickest, most accurate, and most dependable equipment possible because it “is a huge reflection of their quality as high-performing competitors.”

Manufacturers compete in the same manner as gamers do to gain and increase their market share in esports. Display manufacturers continuously raise the bar for performance while also tailoring the screens to meet the somewhat unique dynamics and requirements of competitive gamers.

G-Series Monitors Change the Game for Esports. Samsung recently unveiled a new line of gaming-focused displays at the CES trade show in Las Vegas, which should help Samsung maintain its lead in the gaming monitor market. High performance and comfort were taken into consideration when redesigning its curved Odyssey gaming monitors, including the massive G9 49-in.

Display and the smaller G7 (32-in. and 27-in. The new Odyssey monitors are being hailed as the first gaming monitors ever to feature a high-performance 1000R curvature—a concave shape that corresponds to the natural curvature of our eyes. When curved monitors first entered the market a few years ago, they had a relatively low 4000R curvature, which was lower than the previous best monitors, which had a 1800R curvature.

The first high-performance 1000R curved display in the display industry, as well as an Eye Comfort certification, were given to Samsung by TÜV Rheinland, a reputable German organization known for its technical certifications. For gamers, whether they’re playing with a team or alone at home, the truly immersive 1000R curve means at least two crucial things:

The display’s nearly wrap-around design eliminates interruptions and immerses players fully in the game. Eye strain is significantly reduced when the far right and left edges of a display are equal in focal distance to the center of the display, which is crucial when gaming competitions call for complete focus.

The biggest visual difference between high-performance displays is found in the large curves of gaming monitors. When players sit down in front of them and begin playing, the other technological developments become clear.

With a super wide 51201440 resolution and a 32:9 aspect ratio — the full equivalent of two widescreen displays tiled side by side — Samsung’s new G9 monitor is hailed as the world’s first Dual Quad High-Definition display.

For users of some of the most well-known, action-packed games available today, refresh rates—the rate at which images appear and are replaced on a screen—are crucial. While 60Hz is the industry standard for desktop displays, 100Hz is thought to be the bare minimum required for gaming.

Refresh rates are measured in hertz. If you go any slower, the monitor won’t keep up, which will result in visual issues like screen tearing. In contrast, the new G9 offers a hyper-rapid 240Hz refresh rate and a corresponding 1ms response time, resulting in incredibly smooth screen transitions regardless of the action’s pace.

This is significant when playing games because quick recognition and action can mean the difference between winning and losing. With rear lighting that comes in 52 different colours and five different lighting effects, the G9’s new design is also improved for gamers.

Samsung’s QLED Quantum Dots technology, a color filter coupled with the LCD that amplifies light and generates an incredibly broad range of accurate colors, is used in all G-Series monitors. Additionally, they employ High Dynamic Range (HDR) technology, which allows players to see every shade of even the brightest and darkest scenes.

Every gamer makes a sizable investment in time and technology, and they expect a premium experience in return. The payoff can be significant when a player can sit down, become completely absorbed in a game, and watch it be executed flawlessly on a screen.

How G-Series Monitors Can Give You An Advantage

The smaller 27-in. and 32-in. models of Samsung’s G7 series, which will accommodate various gaming setups and demands, have the same quick response time and refresh rate, deeply curved display, and overall performance as the larger G9 model.

The G7 offers the same level of visual performance in a more compact form factor for players with limited desktop space, featuring screens with Quad-High Definition (QHD; 25601440 resolution) and a 16:9 aspect ratio.

Similar to the G9, the G7’s color-changing rear core lighting can be configured to change hues based on user preferences, stay the same during gameplay, or dim. On the G7, the monitor’s front bezel also features dynamic lighting and shapes.

A gaming setting called G-Sync Esport mode is intended to improve responsiveness and reduce input lag. On a few gaming monitors with G Sync technology, this mode is accessible. When activated, G Sync Esport mode will automatically change the refresh rate of the screen to correspond to the game’s frame rate.

This could contribute to a smoother gaming experience by reducing screen tearing. Gaming computers use high-end graphics cards called G-Sync. It’s produced by Nvidia and synchronizes the graphics card and monitors frame rates. The G-Sync comes in a few different models, each with a unique set of specifications.

With excellent features and performance, ASUS’s G-Series monitors are among the best on the market. You can select the model that best meets your needs from the various models in the series because they each have unique features and specifications.

In the world of gaming, the new G-Series monitors represent a significant advancement. The G-Series monitors strike the ideal balance between speed, comfort, and accessibility thanks to features like low input lag, NVIDIA G-SYNC, and a 144 Hz refresh rate.

This new line of monitors will undoubtedly change the game for gamers. We hope you enjoyed reading about how G-Series Monitors change the game for esports players. With this information, we are confident that you can choose the ideal monitor for your gaming needs. 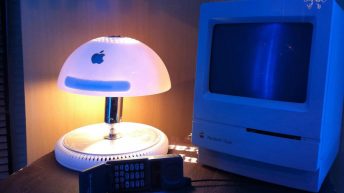 What To Do With Old Computer Monitors 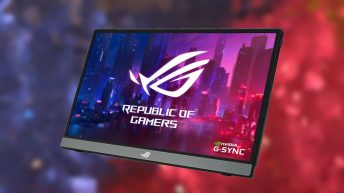 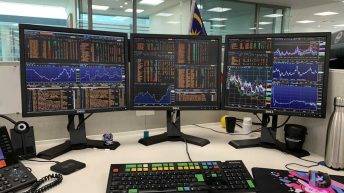 What Are The Best Monitors For Student?